stream of meteors, with a tail spanning three quarters of the earth’s surface, hurtles towards the planet. Impact is imminent but scientists reassure the community they pose no danger and will burn up in the atmosphere.

The meteor shower puts on a spectacular light-show, illuminating the northern hemisphere’s night-sky and delighting crowds.

When dawn arrives an eerie red haze engulfs the land.

Unbeknown to the scientists, the shower carries a guest, frozen deep in the rock, a deadly, alien parasite that is awoken in the fiery entry into the atmosphere. As the red tide drifts to earth, the parasite begins to infect every living thing north of the equator then quickly spreads across the land bridges into South America, Africa and throughout the South East Asian archipelago.

The effect is immediate. At first, the infected experience euphoria but awakening desires are followed by cravings then a dramatic loss of all restraint. In just one night, the very worst nature of humanity is unleashed wiping out billions and leaving only the islands of the southern hemisphere untouched…. for now.

he premise for the beginning of, ‘Journey of the seeds’ was honed in the site’s Think-tank group. You can view the summary page of the work done by the group by clicking-through the image below. 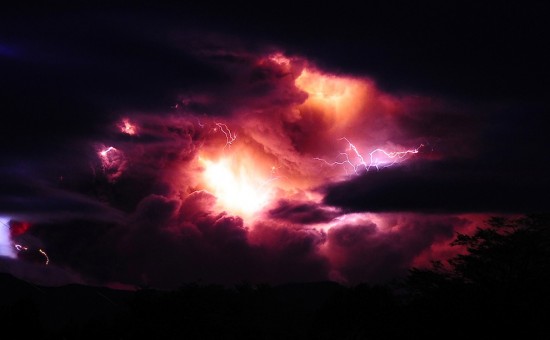 he saying goes, ‘There’s nothing new under the sun’. That may be true but rather than perceive it as a bad thing, let’s explore whose shoulders we are standing on.

ay of the triffids starts with a meteor shower that bedazzles humanity but renders the populace blind. Only a few survivors can see and must battle armies of carnivorous walking plants. The Triffids are slow but they have real tone, (I had a mother in law like one of this once, she was slow but very dangerous and did criminal things to lasagna).

n 28 Days later, a man awakes from a coma to discover London’s population wiped out or converted to flesh eating zombies, (the kind that move really fast and are really hungry). Director, Danny Boyle’s discovery that fast zombies are better than slow ones, won me from the first bite but this movie pays homage to, ‘Day of the triffids’, whose protagonist also awakens in a hospital to discover a world that bites.

n ‘Forbidden planet’, (one of my all-time, favorite films), we discover a planet where a hyper-intelligent race has discovered a way to simply dream into existence their material requirements, (many teenage girls still live on this planet).

The super intelligent beings’ dreams become reality and they never have to work again however things go very wrong when the monsters of their minds come alive one evening, leading to the entire race being wiped out in one night. Their secret greed, hate and desires bring about their own destruction.

Journey’s premise presumes that the parasite’s impact leads to all inhibitions being freed and every wanton act imaginable being perpetrated without restraint. The entirety of the human species with the exception of a few island nations in the south is wiped out in just one night.

The DAY ONE project

he Think-tank team did the heavy lifting. I suggest all participants read their work.

We also have film reference so we know whose shoulders we stand on. Knowing genre and what has gone before is important. Now we task the Writers’ team to write a 30 second to 4 minute scene depicting any event from day one in the northern hemisphere from the first viewing of the meteorite storm to the silent dawn.

We also recommend that your work end on a cliffhanger, something that has the audience viewing the work saying, “Come on, don’t end it there, what happens next!?”

The work you create will be posted along with a title, synopsis and tagline of your choice that describes the work.  Film-makers and concept artists from all over the world will be invited to create your work.

Whatever is created will be featured on the site as well as our Vimeo channel as your contribution to the DAY ONE project.

Please submit your scenes to david@presencefilms.com.au as PDFs. (Ensure they are in Final Draft or equivalent format).

To provide a common Q and A reference we have created a forum for the project within the Writers’ group.  Please post your questions in the forum. If moderators spots something they can answer such as a formatting Q, please feel free to answer without reference to the HOD.

To access the forum for this topic please join the Writers’ group first.

Tony Vercoe’s notes
They eat your soul
Tips for adaption

There are no users currently online